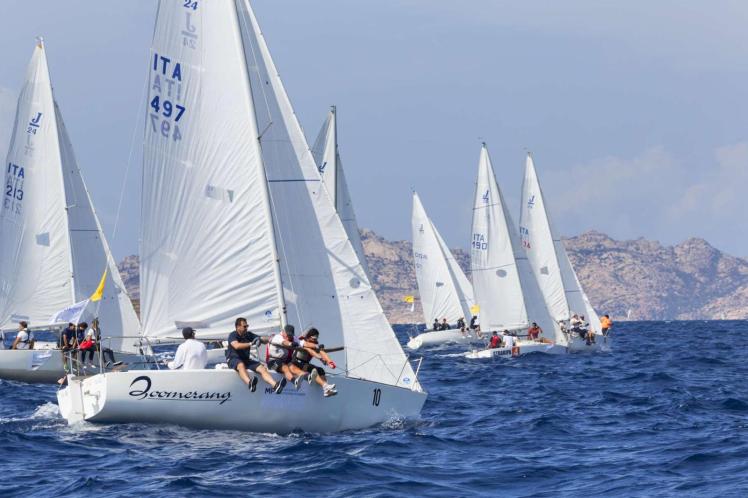 Milan’s MIP romped home in first place, in the J/24 division, in both races at the Bocconi One Ocean MBA’s Conference and Regatta held for the first time away from the Ligurian Coast in Porto Cervo, Sardinia.

In the Offshore Division, Harvard won the only race, with RSM(2nd) and Chicago(3rd) making up the podium.

For a change, the regatta was held in testing windy conditions, which were indeed too windy on the second day, when racing was cancelled. The regatta and conference is organised by SDA Bocconi, also from Milano.

In the B division, MIP also brought home the trophy, winning the only race.