The MBA Sailing League Calendar for 2022 is as follows

IESE Business School in Barcelona have announced that the 2022 Spring Games will take place on 22- 24 April.

The sailing regatta is planned for Friday 22nd and Saturday 23rd, with boats and host venue/sailing club to be announced. Results from the regatta count for the MBAsailing league.

The programme will be:

The format will be windward leeward races.

The sailing is just one sport in a multi- sport event. 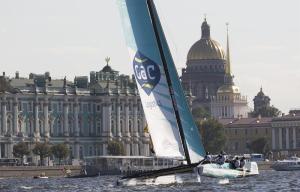 The 2016 Alumni Business Cup regatta will take place at St Petersburg, Russia on the Gulf of Finland on the 9th- 11th June

Accomodation is an additional €180/ person for Wed – Sunday, or teams can book their own accomodation

Booking: The fleet is composed of 9 boats and they will be allocated on a first paid first served basis. We
expect that the fleet will be fully booked by the end of April.
The booking process is as follows.
o Transfer the € 1,000 (one thousand euros) initial deposit to the ABCA account
o Confirm your booking by registering on the website (www.abcup.org)

London Business School manage to hold onto the top spot in the MBA sailing rankings despite their 6th place at the ABC regatta in Le Havre. Meanwhile the Skolkovo team added a second first place in 2015 to their second place fron 2014 to move up three places to third place.  HEC move up to second place, while Kellogg/WHU drop from second to fourth after missing the ABC.

Rotterdam are the other mover, climbing 2 places to 6th.

Will everything change after this week’s 2015 Cranfield regatta?

END_OF_DOCUMENT_TOKEN_TO_BE_REPLACED

The unstoppable Skolkovo sailing team continued where they had left off in Athens: winning six out of seven races on the waters of Le Havre, and also winning the onshore games: demonstrating impressive engineering skills.

The racing was in J80s, and in strong winds:  Friday’s sailing was delayed becaus they were too strong, and there were a number of races where spinnakers were banned.

INSEAD came home second, with the one win that Skolkovo couldn’t manage, 2 2nds, 2 3rds and a 5th, plus a third in the onshore games. HEC came in third, although level on points with INSEAD on the water.

There were 11 teams competing: Three from INSEAD, three from HEC, two from LBS, a combined LBS/MBS team and a team from Rotterdam joining the Skolkovo team on the water.

The action now moves on to the Cranfield regatta in the tidal currents of the Solent.

Booking: The fleet is composed of 12 boats and they will be allocated on a first paid first served basis. We
expect that the fleet will be fully booked by the end of March.
The booking process is as follows.
o Transfer the € 1,000 (one thousand euros) initial deposit to the ABCA account
o Confirm your booking by registering on the website (www.abcup.org)

The MBA Sailing League is excited and proud to announce that Sunsail, the world’s largest sailing holiday company, has agreed to sponsor the league for the 2015 season.

As part of the sponsorship agreement, Sunsail will provide a weekend’s sailing or racing in the Solent off the South coast of England to the business school team that wins the 2015 league. This prize, is worth over €1,400.

MBA Sailing league co-ordinator, Rob Cotterill, said: “Sunsail manage one of the biggest and most competitive regattas of the MBA sailing season, the Cranfield Regatta, so we welcome their decision to partner with the league and look forward to a long and mutually beneficial relationship.

The MBA Sailing League brings together five sailing regattas and the teams of MBA students and alumni who race in them, encouraging business school teams to compete throughout the season, and rewarding the most consistent and most successful.  The regattas that make up the league are the Global MBA Trophy, held in Athens in April; The Alumni Business Cup, held in different locations Europe in May/June; The Cranfield Regatta held in the Solent on the South coast of England in July; The RSM Regatta, held in the Netherlands in August and the Rolex MBA’s Conference and Regatta held in Santa Margharita Ligure, on the Lugurian coast of Italy in September. Business Schools who have ranked highly in the league include London Business School, INSEAD, Kellogg, HEC, Bocconi and Cranfield.

London Business School’s consistent performances in 2014 have delivered them their third MBA Sailing league championship in a row.

LBS didnt finish lower than 5th in any of this year’s five qualifying regattas, winning at the Cranfield regatta, coming second at the Global MBA trophy and third at the RSM regatta.

HEC made a strong showing in second place, despite missing the Global MBA trophy’s A division and the RSM regatta.

INSEAD, 2011 winners and runners- up in 2012 and 2013 could only manage 5th, after missing the Cranfield regatta and finishing 12th at the Rolex MBAs regatta.

Kelloggg/WHU were 3rd and Bocconi 4th.

The MBA Sailing league trophy will be presented to London Business School at the GLobal MBA Trophy regatta in Athens in April. END_OF_DOCUMENT_TOKEN_TO_BE_REPLACED

London Business School retained the Cranfield Regatta trophy in fine style, winning all five races to score a perfect four points  (including discard). The rankings leaders brought their A team and their A game to the regatta, following their disappointing performance at the ABC in France.

Bath and Cranfield 1 filled out the top five.

The Cranfield Regatta, now in its 23rd year, is the longest – running of the MBA regattas, and  one of the best attended: 19 boats competed for the trophy this year (albeit with 8 from the home school, and one representing State Street Corp.)

the racing took place on the Solent, the stretch of water between the South coast of England and the Isle of Wight. Day one started with winds at 20 knots gusting into the high 20s, leading to poling out of the Genoa on the downwinds.  Spinnakers came out by the end of the day, and Sunday was perfect Spinnaker- flying weather. END_OF_DOCUMENT_TOKEN_TO_BE_REPLACED

The team from Moscow’s Skolkovo School of Management scored a near perfect 6 points from 5 races to announce their presence on the MBA sailing circuit, leaving the rest of the pack trailing in their wake.  The Global MBA Trophy regatta, in Piraeus, Greece, saw 8 teams competing in Platu 25 Sportsboats in Division A and 3 teams compete in Bavaria 42s in Division B.

Skolkovo came first in the last four races, having come second in the first race of the regatta. Nearest challengers LBS scored three times as many points with 18, while the third place of the podium was taken up by the INSEAD/MIP/Bocconi mixed crew with 20 points. END_OF_DOCUMENT_TOKEN_TO_BE_REPLACED